Today at the Summit Bechtel Reserve it was Cultural Celebration Day! All programmed activities were closed for the day which gave Scouts the opportunity to experience the international festival of cultures onsite. During the day, Scouts from every corner of the world brought out their traditional dress, food, games, dances and customs to share with their new friends. Walking around the campsite, the Australian’s were hard to miss. Inflatable kangaroos, Australian flags, souvenirs and Kangaroo onesies decorated the Troop lines. You could also hear the Australian Troops from a distance. Khe Sanh, Down Under, Give Me a Home Among the Gumtrees were blasting from speakers creating the welcoming atmosphere that Australians are known for.

Aussie Scouts were also proudly displaying our culture. Lamingtons, Tim Tams and Jatz crackers were shared with the internationals. And of course, we had plenty of Vegemite for everyone to taste test! While many internationals didn’t appreciate Vegemite the same way Australians do, they were all more than happy to give it a try.

In keeping with tradition, the International Service Team (IST) Ashes cricket match was held. In a ritual that has been going since at least 1995, the Australians competed against the UK in a battle for glory and bragging rights. In a tough fought battle under the West Virginia sun, and with less than ideal field conditions, England came out victorious. It seems they have been practicing since the last World Jamboree four years ago when Australia came home triumphant.

In the evening, the Unity Show rocked the main arena. Performances and stories brought the international crowd together to cap off a day of cultural festivities. The atmosphere of 50,000 Scouts from around the world in one campsite is amazing. Every Scout left the amphitheatre with a sense of empowerment and belonging in this movement as we work together to create a better world. 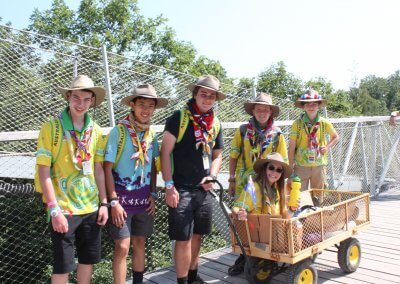 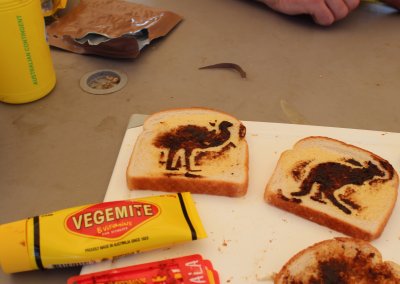 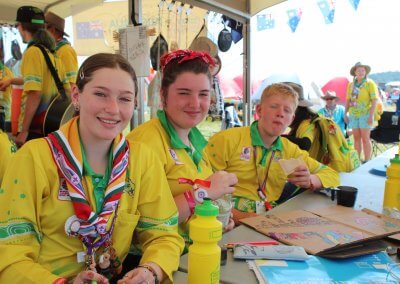 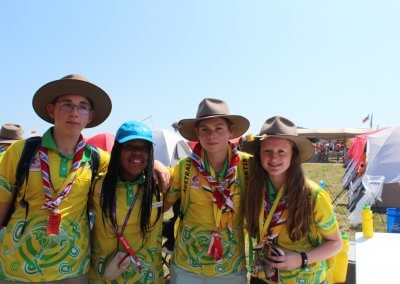 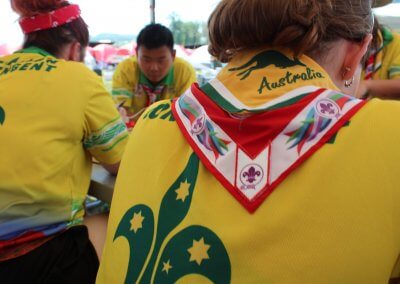 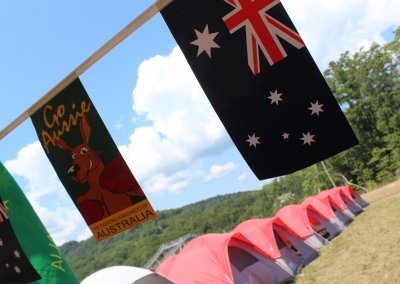 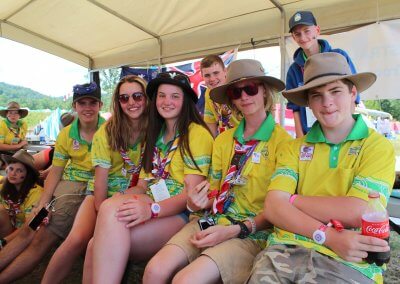 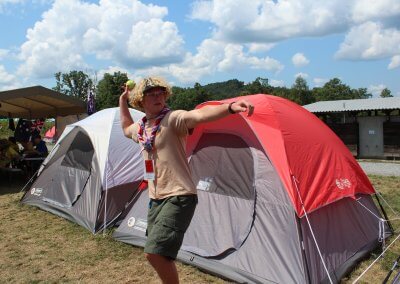 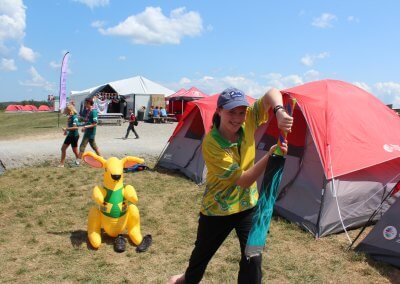 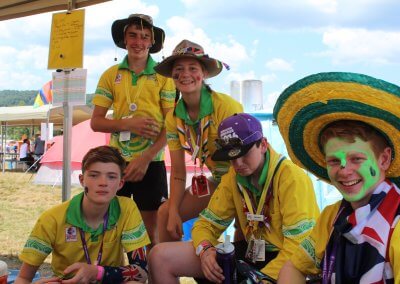 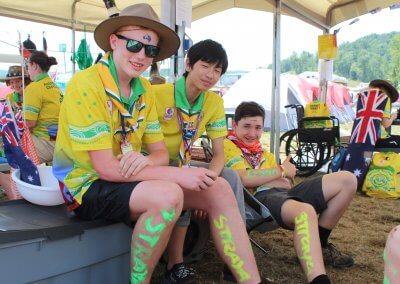 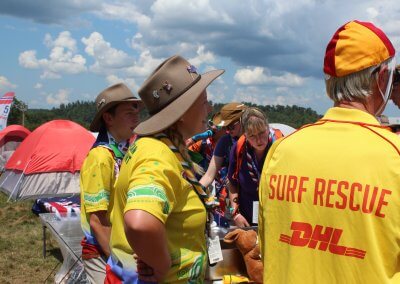 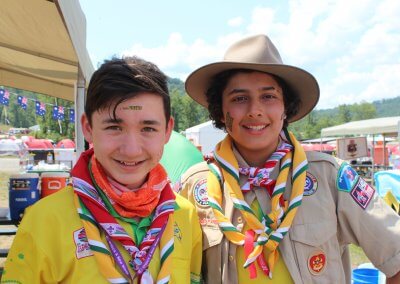 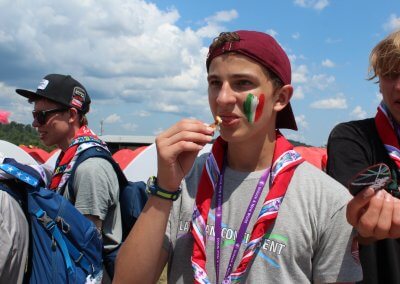 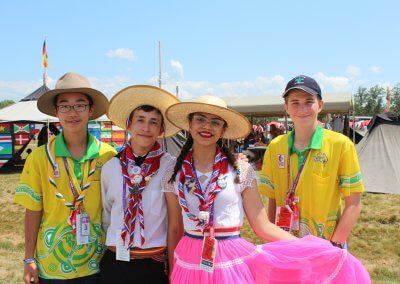 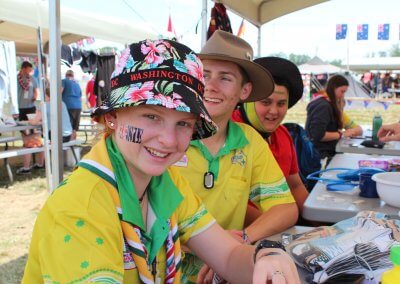 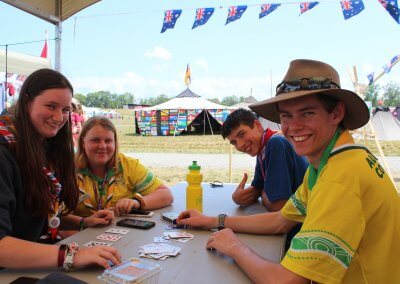 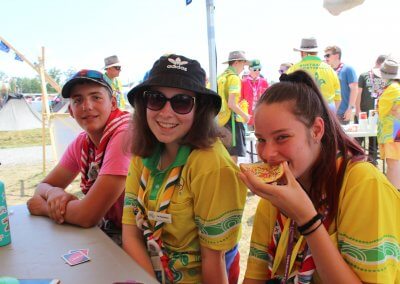 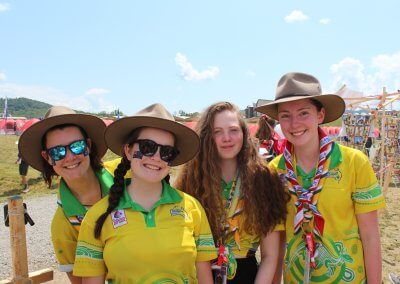 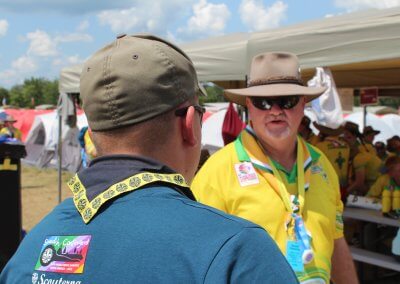 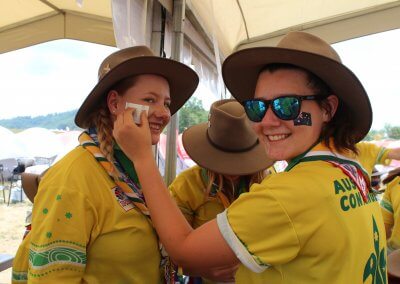 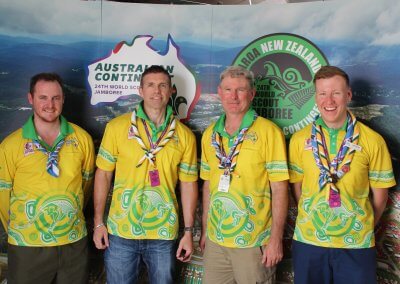 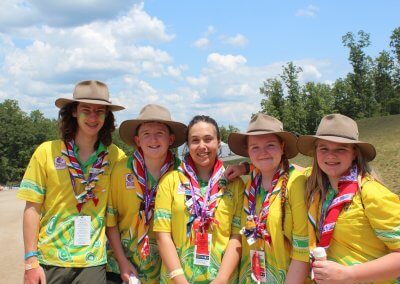 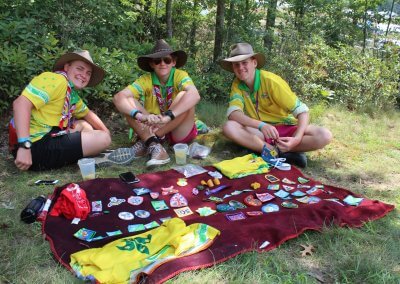 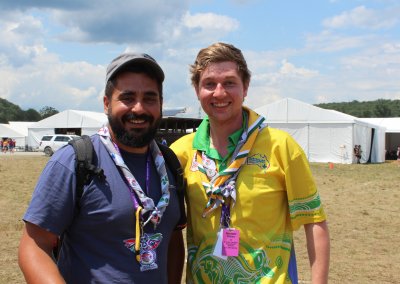 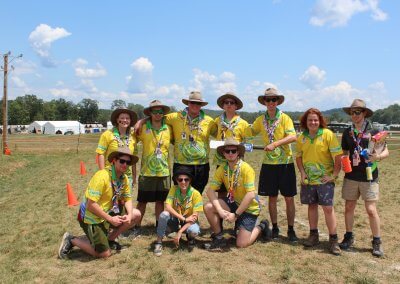